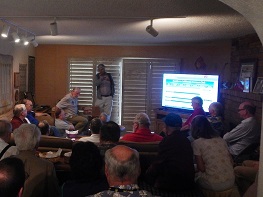 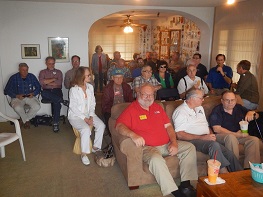 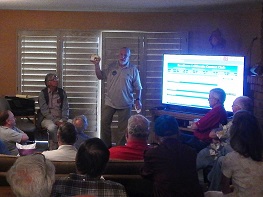 Commentary by N6NB
I really agree with those who have said today's SCCC meeting was a good one. I think it was one of the best club meetings I've ever attended and I attended a LOT of club meetings during four terms as an ARRL vice director.

Dick Norton led an excellent discussion of major issues in amateur radio and contesting. About 50 people were there, maybe more.

*Dick asked for a show of hands of those who had been licensed less than 20 years. No hands went up. (That has all sorts of implications for the future of contesting and amateur radio itself. I would guess that the majority of those in attendance have been licensed more than 50 years.)

*Dick asked how many live in places with deed restrictions limiting antennas. I believe seven hands went up.

*Also, Dick asked about the prevalence of TVI/RFI problems and problems of noise generated by neighbors' electronic devices. Interference TO neighbors seems to be a far less serious problem than it once was, but interference FROM neighbors is getting worse. Our host, N6HC, said that when one neighbor turns on a plasma TV, it basically puts him off the air.

*There was a fascinating discussion of the pros and cons of remote ham radio operation. Some cited horror stories about stations signing a call sign from a different continent than their transmitter site during a contest, with no indication of that fact. Others noted that remote operating can be a solution for those who cannot put up antennas at home.

*The prognosis for a legislative override of deed restrictions does not appear to be good. (The basic problem, IMHO, is that over the last 50 years there was been a growing consensus among developers, urban planners and lenders that amateur radio antennas are not compatible with the environment in planned communities. By now more than 60 million Americans live in communities that have CC&Rs restricting antennas. Many CC&Rs forbid not only antennas but also operating a "shortwave" radio station in the community.) Dick mentioned a new League publication citing public service by hams nationwide. The pamphlet is an outgrowth of W6XD's club talks about the way amateur radio has been marginalized in recent years while ARRL has not adequately publicized ham radio's contributions.

This isn't intended to be either a news story about the meeting or a set of minutes of the meeting. I just thought I'd share some of what I heard. 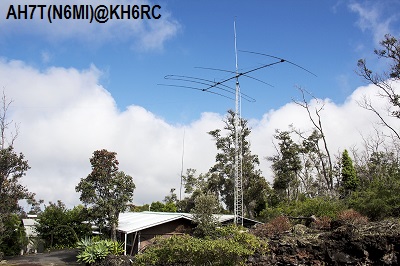 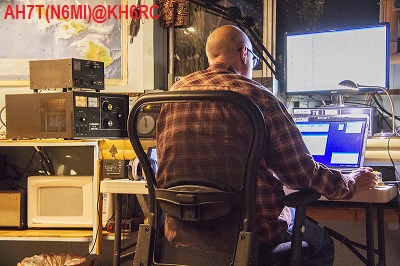 While filing some QSLs this afternoon, I ran across one of my cards from the SCCC 1986 XE2SI CQWW CW operation. There were a couple of years in the mid-1980s when the club went down and operated field day style. I got a chance to go with the gang in 1983. It was a blast.