The SCCC turns 45 years old this month. The club was formed on July 17, 1976. You can read a short summary about the start of the club here.

Welcome aboard to new member Bob, K7ENA. Bob has a place in Vista and is one of the operators at the NX6T club station.

The California QSO Party (CQP) has a new Chairman, Dean Wood, N6DE. Dean and the organizing team have proposed a considerable number of changes for the 2021 contest. They seek your feedback on these. One that particularly caught my eye was the elimination of the MCE (Multi-County Expedition) category. You can read about all of the various proposed changes here. 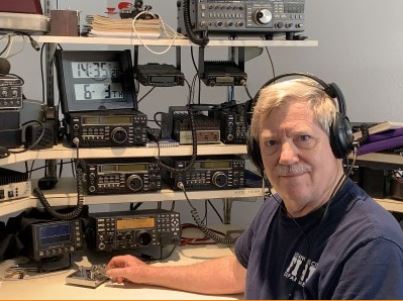 Last month we shared that Tree, N6TR had been interviewed for the QSO Today podcast. This time, it's Marty, N6VI. Podcast 354 was published on June 5. The show notes and a link to the podcast can be found here or listen to it on your smartphone or tablet. QSO Today has interviewed many, many hams over the years including many prominent contesters.

That's all for this month, gang. Send me your updates, news and comments.

Strange but true...
A green cat was born in Denmark in 1985. Some people believe that high levels of copper in the water pipes nearby may have given his fur a verdigris effect.